Our most popular Cheltenham tips for today. 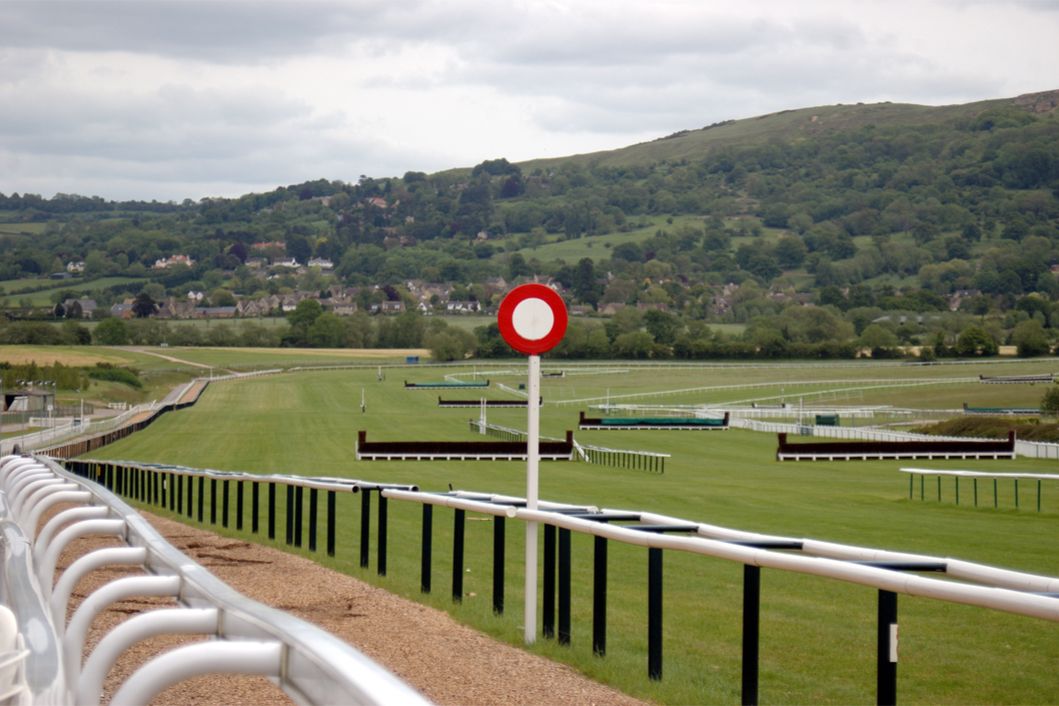 There are no tips for Cheltenham today.

Cheltenham Racecourse is located at Prestbury Park near Cheltenham in Gloucestershire and is the home of National Hunt racing. The track nestles beneath the Cotswold Hills which provide the perfect backdrop for top level jump racing.

The racecourse is about two hours from London by car and an hour from Birmingham and Bristol. Leave the M5 at Junction 10 and follow signs to the course from the town. The nearest train station is Cheltenham Spa with a dedicated shuttle bus available to the track at the Festival meeting.

Cheltenham is a left handed track, well known for its tough fences and stiff uphill finish. There are two distinct tracks at Prestbury Park, the New Course and the Old Course. The New Course has a tricky downhill fence and a longer run-in for steeplechases. Races over hurdles on the New Course involve jumping just two flights of hurdles in the last seven furlongs. The uphill finish puts the emphasis on stamina in races over three miles or more.

The future of the racecourse was secured in 1964 by Jockey Club Racecourses, now responsible for fourteen racecourses. The main Grandstand was completed in 1979 with the new stables complex being opened in 1990. The Cross Country course was introduced in 1995 and is now a feature for three meetings during the season, including the Festival. Further development and expansion has continued at Cheltenham with a £45 million redevelopment plan completed in 2015. The course has a capacity of 67,500 spectators.

The four-day Cheltenham Festival in March is the highlight of the National Hunt season packed with Championship races. It now offers over £4 million in prize money and is worth an estimated £100 million to the local economy.
The October meeting signals the start of the new jump racing season “proper” for punters. The focus gradually switches from the tail-end of the flat turf racing season as the larger stables start to run their better quality horses. The three-day Open meeting in November follows with another top quality card in December. The late January fixture is known as “Trials Day” and there is also a competitive two-day meeting in April.

The Cheltenham Gold Cup is the Blue Riband event of National Hunt racing over three and a quarter miles. Only the Aintree Grand National carries as much prestige but the Gold Cup is the one for the purists.
The two-mile Champion Hurdle is the ultimate prize for hurdlers while the Stayers Hurdle (three miles) dates back to 1912, making it the oldest surviving championship race. The Queen Mother Champion Chase is the premier two-mile race for chasers.

The best four-year-old hurdlers do battle in the Triumph Hurdle while the Ryanair Chase is a Grade 1 chase over two miles and five furlongs. Novice chasers compete for the two-mile Arkle Challenge Trophy with stayers put to the test in the RSA Chase over three miles.

The greatest names in steeplechasing history are associated with the Cheltenham Gold Cup. Golden Miller won the race for five consecutive seasons between 1932 and 1936. Arkle is still regarded by many as the finest chaser ever seen, his three victories coming from 1964 to 1966. Best Mate emulated Arkle’s achievement with three victories from 2002 to 2004.

Other notable Gold Cup winners include Mill House (1963), L’Escargot (1970, 1971), Dawn Run (1986) and Kauto Star (2007 and 2009). Desert Orchid’s victory in 1989 was one of the most memorable Gold Cup races of recent times. Heavy rain had made the ground bottomless and Desert Orchid looked beaten turning for home. He was galvanised into one final effort by jockey Simon Sherwood and wore down Yahoo for a famous victory. The following season he was favourite to retain his crown but could finish only third behind 100-1 winner Norton’s Coin.

Big Buck’s won the Stayers Hurdle for four successive seasons between 2009 and 2012. Quevega established an even more astonishing record by winning the David Nicholson Mares’ Hurdle for six successive seasons (2009 – 2014). Badsworth Boy (1983 – 1985) is the only horse to win three Queen Mother Champion Chases. Sprinter Sacre (2013 and 2016) claimed his second win in the race after returning to training after being recovering from a heart problem. At the peak of his powers, he was given a Timeform rating behind only Arkle and 1966 Champion Chase winner Flyingbolt.

Gordon Elliott has been the leading trainer at the Cheltenham Festival for the past two seasons. In 2018 he equalled the record of Willie Mullins who trained eight winners at the 2015 meeting. That was one of four successive Cheltenham training titles for Mullins. Nicky Henderson, the all-time leading trainer at the Festival, was the last UK-based trainer to claim the award in 2012.

Following Elliott’s runners at Cheltenham would have yielded a healthy level stakes profit over the past three years. The profit was significantly higher for his hurdlers with a reasonable strike-rate of 15%, given the competitive nature of the racing. Henderson has dominated over hurdles numerically while Fergal O’Brien has proved profitable to follow over fences.

Jockey Ruby Walsh has returned a remarkable 38% strike-rate over fences and also leads the statistics over hurdles. Walsh has won the jockeys’ title at the Festival meeting a remarkable eleven times. Davy Russell took the title last season and also rides Cheltenham particularly well while Harry Cobden has rewarded his followers with a level stake profit over hurdles.