Our most popular Meydan horse racing tips for today. 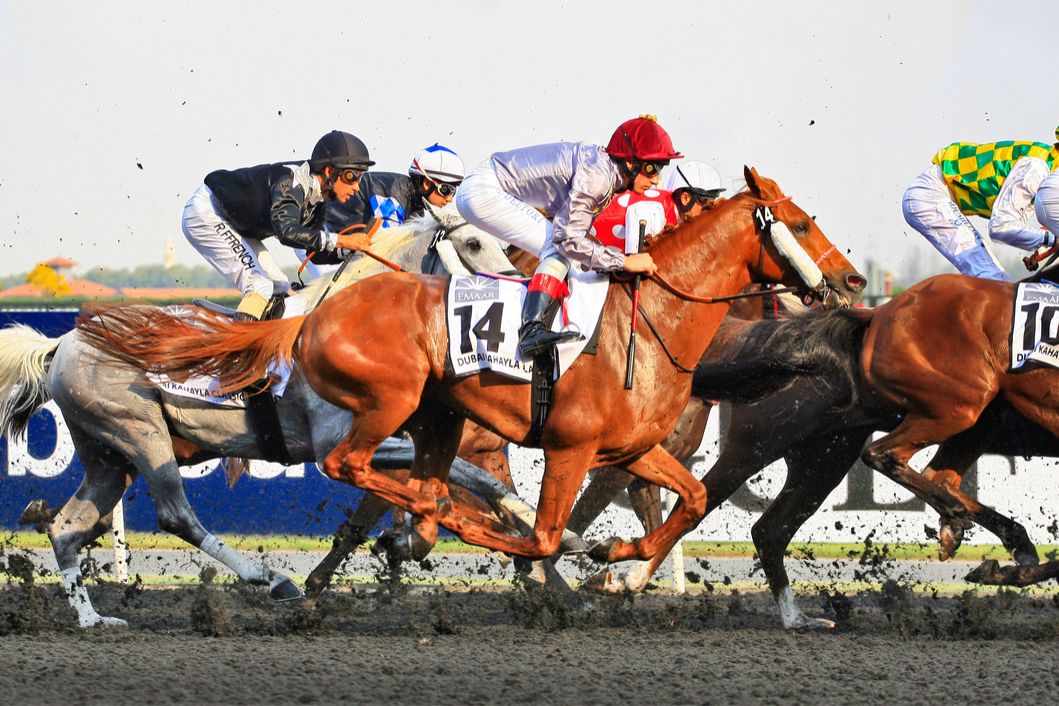 There are no tips for Meydan today.

Meydan Racecourse is part of the massive Meydan City development in Dubai in the United Arab Emirates. Road travellers from Dubai should take the second interchange from the Sheikh Zayed Road and turn left on to Meydan Road to follow signs to the racecourse. For those travelling from the UK, flights from London Heathrow and Gatwick Airport to Dubai or regional flights from Birmingham, Glasgow, Manchester and Newcastle.

Meydan has a left handed turf track of about eleven furlongs and a nine furlong dirt track. Meydan can bring about improvement in some turf horses. Godolphin’s Jungle Cat (3/3) and Benbatl (3/4) appear to be lengths better in Dubai than they are on turf in the UK.

Statistics also show that there is a clear advantage in being drawn low to middle at this venue. This applies to both turf and dirt tracks and must be among the best Meydan tips for today.

Meydan Racecourse was opened in March 2010 after a redevelopment of the Nad Al Sheba Racecourse. It occupies 67 million square feet of the 200 million square foot complex. The racecourse rebuilding project is estimated to have cost around $1.25billion and took almost three years to complete.

The complex includes a horse racing museum and gallery as well as the world’s first trackside five-star hotel and a nine-hole golf course. The Grandstand is over one mile in length and can accommodate over 60,000 spectators.

The preliminary meeting to World Cup Day is Super Saturday. The culmination of the Carnival is Dubai World Cup Day, the most valuable single race day in the world with $30million in prize money. There are six Group 1 races and three Group 2 races on a top quality card.

The Dubai World Cup was created by Sheikh Mohammed bin Rashid Al Maktoum in 1996. The Sheikh is a hugely influential figure in the world of racing through his Godolphin operation and Darley Stud empire. The World Cup was the richest horse race in the world until surpassed in 2017 by The Pegasus World Cup.

It is a Group 1 race for three-year-olds and upwards over ten furlongs. It took place on the Tapeta surface at Meydan in 2010 but was switched to a dirt track in 2015. It is preceded by the $5million Group 1 Dubai Sheema Classic over a mile and a half on turf. It was originally known as the Dubai Turf Classic before adopting its current name two years’ later. The Dubai Turf is for four-year-olds and upwards over nine furlongs. It was originally called the Dubai Duty Free and run on dirt but was transferred to the turf in 2000 and granted Group 1 status in 2002.

Other races on Dubai World Cup Night include the Group 1 Al Quoz Sprint and the Dubai Golden Shaheen. A spectacular night of racing also features the Group 2 UAE Derby, a race worth $2million and providing points towards a place in the Kentucky Derby. Meydan also stages the UAE 1000 Guineas and 2000 Guineas in February.

The Dubai World received the perfect lift off when American champion Cigar won the inaugural running in 1996. The following year Singspiel won the race for Sheikh Mohammed, trained by Sir Michael Stoute and ridden by Walter Swinburn. The Sheikh won the race in the blue colours of Godolphin with Dubai Millennium in 2000, a brilliant winner under Frankie Dettori in a record time.

That was the first of seven victories for Godolphin in the race, the last three of them at Meydan. Saeed bin Suroor has trained the winner of the Dubai World Cup on eight occasions. African Story set a new course record for Meydan in 2014 and Thunder Snow set a new dirt track record in 2018.

Following Godolphin will feature high up on anyone’s Dubai World Cup tips. They have also enjoyed plenty of success in the Sheema Classic. Stowaway won the first running in 1998 with Sulamani taking the prize in 2003. Rewilding (2011), Jack Hobbs (2017) and Hawkbill (2018) followed. France claimed a popular victory with Cirrus des Aigles in 2012 and Aidan O’Brien’s St Nicholas Abbey won the following year. Postponed set a new record time for the race in 2016.

Mendelssohn produced an astonishing performance to win the UAE Derby by 18 lengths in 2018 to book his ticket for the Kentucky Derby. Thunder Snow had won the race in 2017 but both horses proved to be major disappointments at Churchill Downs. Godolphin and Saeed bin Suroor have also been dominant in the UAE Derby with eight winners since the inaugural race in 2000.

His Highness The Aga Khan’s Vazirabad is another example of a course specialist in our Meydan racing tips. The grey has made The Group 2 Dubai Gold Cup his own in recent years with three successive victories (2016-2018). The race had previously won by the popular stayers Cavalryman (2013) and Brown Panther (2015).

It is a familiar story in the UAE 1000 Guineas, 2000 Guineas and Oaks. The fillies’ one mile Classic has been won ten times by Godolphin but even their most impressive winners have failed to sparkle when returning to the UK. The total is currently seven for Godolphin in the 2000 Guineas, most recently with Gold Town in 2018. There have also been ten winners for the famous all blue silks in the UAE Oaks.

Ranking at the top of our Meydan horse racing tips is to follow jockey Christophe Soumillon. He has recorded an impressive 30% strike rate in 2018 and a 60% profit to a level stake. With Godolphin so dominant, it is no surprise to see William Buick leading the winners table.

Inevitably, Charlie Appleby and Saeed bin Suroor are prominent in the trainer tables for Meydan. Appleby has done particularly well over the past year, an improvement that has continued back in the UK.