Our most popular horse racing tips for Newbury races today. 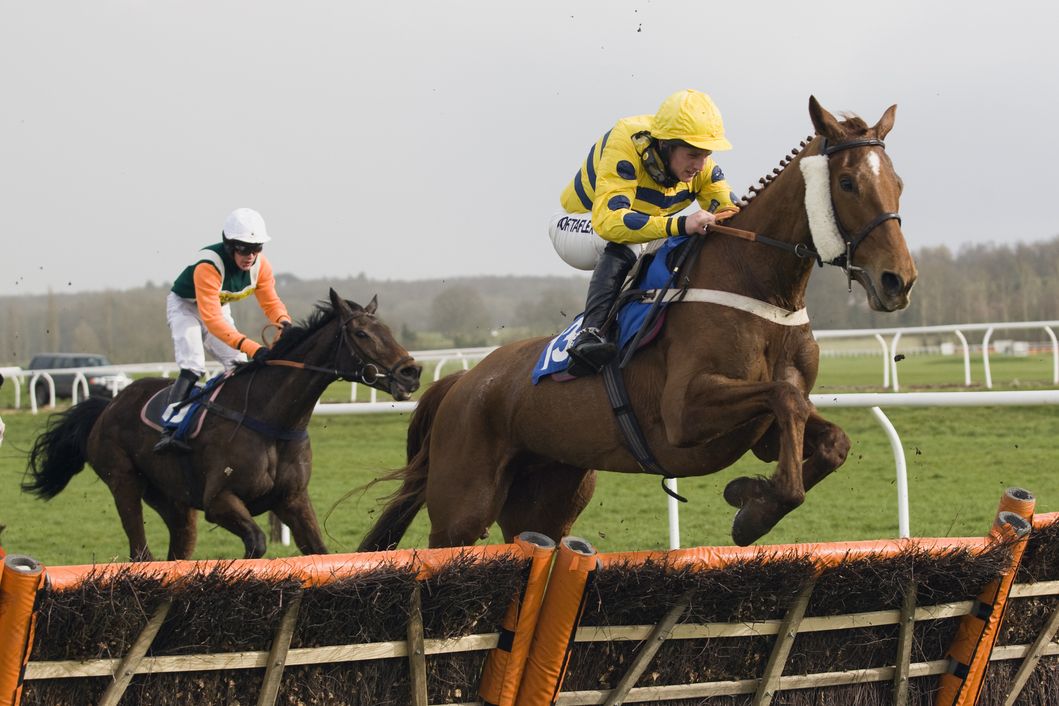 There are no tips for Newbury today.

Newbury Racecourse is in the parish of Greenham in Berkshire, about 17.5 miles from the major training centre of Lambourn. It is easily accessible from Junctions 12 and 13 from the M4. The racecourse has its own railway station, the next stop from Newbury Station. Trains run direct from London Paddington on major race days.

Newbury is one of the fairest tracks in the UK and stages top quality flat and National Hunt racing. It is a left handed galloping track with a circuit of almost a mile and three-quarters and a long home straight. There is also a straight mile for the flat with slight undulations throughout. There is no discernible draw advantage at Newbury.

The galloping nature of the track means that it is ideally suited to National Hunt racing. It is a course that is always on the agenda for the big stables, particularly when introducing a useful novice. Likewise on the flat, only Newmarket attracts more high class debutants than Newbury.

The current racecourse was established in 1905 but racing first took place in the area one hundred years earlier. Newbury Races originated at Enborne Heath and was transferred to Woodhay Heath in 1815. John Porter proposed a new racecourse in 1904 and the Newbury Racecourse Company was formed. Porter trained one winner at the track before retiring soon after the course opened.

National Hunt racing followed within one year of the first flat race meeting staged at Newbury. It has remained one of Britain’s Premier dual code racecourses ever since.

Newbury stages 29 race days per year. The Ladbrokes Trophy is the feature race of the two-day Ladbrokes Winter Carnival meeting in November. The card for the Betfair Hurdle in February also includes the Betfair Denman Chase and has been dubbed Betfair Super Saturday.

The Greenham headlines the two-day Dubai Duty Free Spring Trials weekend towards the end of April. There is also a two-day meeting culminating in the Lockinge Stakes in May.

The flat racing season at Newbury opens up in April with two informative Guineas trials in the Greenham Stakes (colts and geldings) and Fred Darling Stakes (fillies). The only Group 1 flat race at the Berkshire track is the one-mile Lockinge Stakes in May. This race was elevated to Group 1 from Group 3 in 1985 and carries prize money of £350,000. Other notable flat races include the Hungerford Stakes in August, one of the most prestigious seven-furlong races in the calendar.

The Mill Reef Stakes in September is a Group 2 two-year-old race. The Weatherbys Super Sprint was another valuable addition to Newbury’s season in 1991, a two-year-old sprint where each horse’s weight is dictated by its price at the sales.

The highlight of the National Hunt season at Newbury is the Grade 3 Ladbrokes Trophy in November, formerly known as the Hennessy Gold Cup. The £200,000 Chase over three and a quarter miles is one of the first major handicaps of the season. It always attracted a top class field including Cheltenham Gold Cup contenders. The only Grade 1 jumping event at Newbury is the Challow Novices’ Hurdle in December while the Long Distance Hurdle is one of five Grade 2 races during the season.

If the Hennessy Gold Cup is synonymous with Newbury, then so too is the Schweppes Hurdle (now the Betfair Hurdle). This race is also steeped in National Hunt history and is one of the top handicap hurdles of the season.

The Legendary Golden Miller, the winner of the Cheltenham Gold Cup for a record five consecutive seasons, won here in 1931 but was later disqualified for carrying the incorrect weight. He returned to put the record straight later that year and also won the Sefton Chase at Newbury in 1932.

The mighty Arkle won the Hennessy twice in 1964 and 1965, carrying a welter burden of 12st 7lbs on each occasion. He was denied a treble by the lightly weighted Stalbridge Colonist in 1966. Arkle was trying to concede the winner 35lbs and only failed by half a length. Mill House had won the race in 1961, one of a record seven winners in the race for Lambourn Trainer Fulke Walwyn. Diamond Edge was certainly among the best of them, winning under 11st 10lbs in 1981. Other notable Hennessy winners include Bregawn (1982), Burrough Hill Lad (1984) and One Man (1994).

The recent death of Denman revived memories of his two successes in 2007 and 2009. Both were under 11st 12lbs. The top class nature of the race has continued with Bobs Worth (2012) and Native River (2016) both going on to win a Cheltenham Gold Cup. Many Clouds won the race in 2014 and would go on to win the Grand National the following year.

The Betfair Hurdle went through some turbulent times as the Schweppes Hurdle with controversial winners for trainer Ryan Prince in Rosyth (1963 and 1964) and Hill House (1967). The race has been won by some top class hurdlers down the years including Mysilv (1995), Make A Stand (1997), Zarkandar (2012) and My Tent Or Yours (2013).

The roll of honour for the Lockinge Stakes also makes for impressive reading. Brigadier Gerard (1972), Relkino (1977), Kris (1980) and Frankel (2012) are just a few of the star milers to have won the Newbury showpiece. Frankel had also won the Greenham Stakes here the previous season on his way to a truly sensational win in the 2000 Guineas.

Although not one of Newbury's most valuable, the Haynes, Hanson and Clark Conditions Stakes is also worthy of a mention. In 1979 it was won by Henbit and in 1980 Shergar eased to an impressive victory. Both would go on to win the Epsom Derby the following season. Unfuwain (1987), King’s Theatre (1993) and Nayef (2000) also won the two-year-old contest.

Nicky Henderson loves to run his novices at Newbury and is by far the leading trainer here over the smaller obstacles. Philip Hobbs cannot match him numerically but his hurdlers do show a healthy profit to a level stake over the past three seasons. Colin Tizzard is the trainer to follow over fences, training more winners and earning more prize money than any other trainer over the same period. Harry Whittington does not have many runners here but has recorded an impressive 50% strike-rate over fences.

On the flat, Trainer Richard Hannon tops the figures numerically but a 10% strike rate would leave his regular followers out of pocket. John Gosden returns a healthy 24% with a small level stake profit. Jockeys Frankie Dettori and Jim Crowley have topped the statistics in recent seasons.